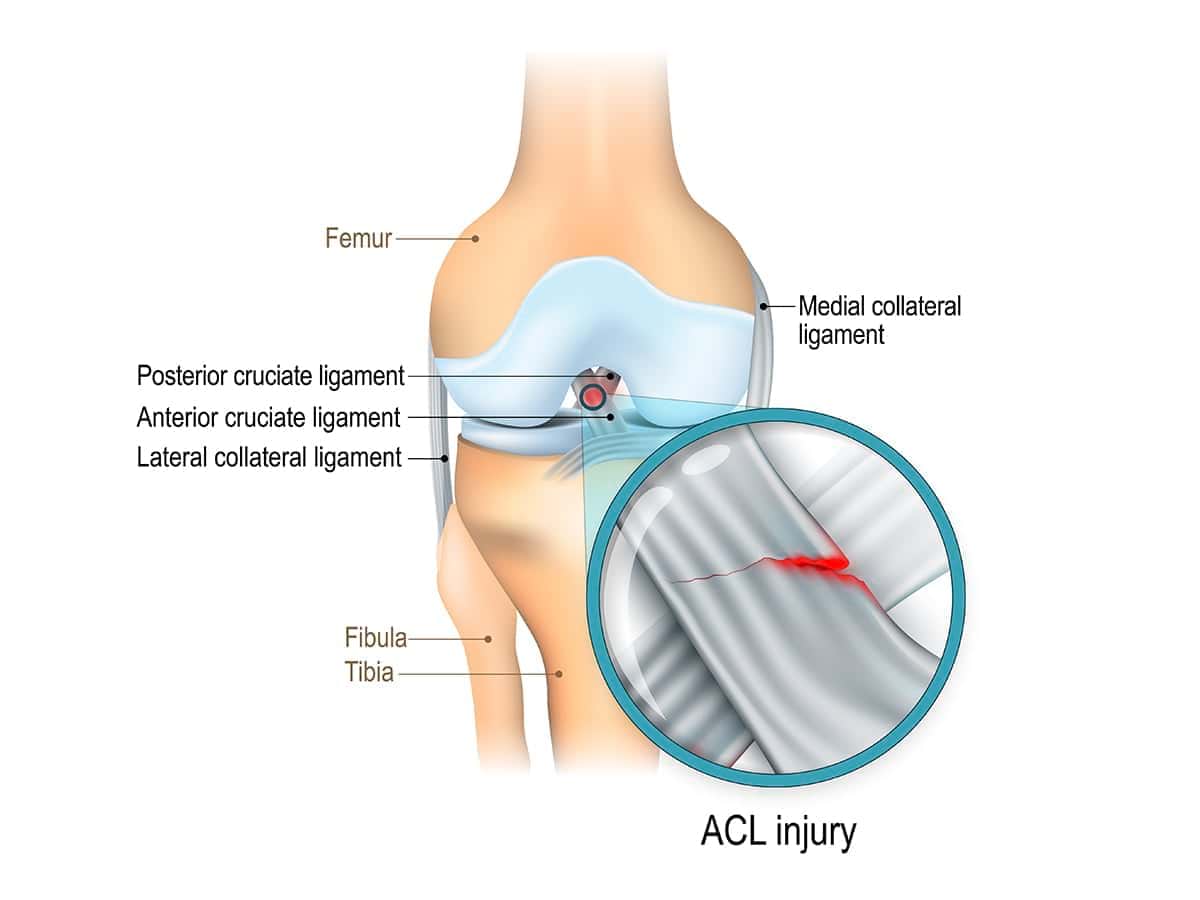 There is a common misconception that all ACL injuries are as a result of direct injury to the knee via physical contact with another player (such as during a tackle or other collision) or with a hard surface. Around 20% of ACL injuries are caused this way, but the remaining 80% are classified as 'non-contact' injuries.  The sports and activities most likely to cause ACL injuries include:

Women are in fact more prone to sustaining ACL injuries during sport. No one cause has been identified by medical science, but it is thought to be connected to a few differences between male and female hip and leg anatomy and muscle strength, and possibly other factors, such as the female hormone oestrogen causing ligaments to loosen.

The following symptoms may indicate an ACL injury:

In some cases, the pain and/or swelling diminishes within 24-48 hours even where an ACL injury has occurred. It is not advisable to play any sport until the ACL has been assessed, as the knee will possibly still be unstable and greater damage may be caused to the knee joint.

In most cases a physical examination and comparison of the affected knee with the unaffected knee will allow a preliminary diagnosis. An x-ray will not be able to detect any damage to the ACL, but will show if there are any broken bones. An MRI scan can detect ACL damage.

In cases where the ACL has been damaged or torn, it can only be corrected via an ACL reconstruction. In cases where the patient does not play high ACL risk sports or does not plan to continue, surgery may not be necessary, however only relatively moderate levels of physical activity will be possible. There are a range of non-surgical treatments available in these cases.