Most cases of arthritis affecting the hips are caused by osteoarthritis (often referred to as 'hip OA'), although rheumatoid arthritis can also affect the hips. Osteoarthritis specifically affects the cartilage in the hip joint which sits between the ball and the socket – this is known as 'articular cartilage'. 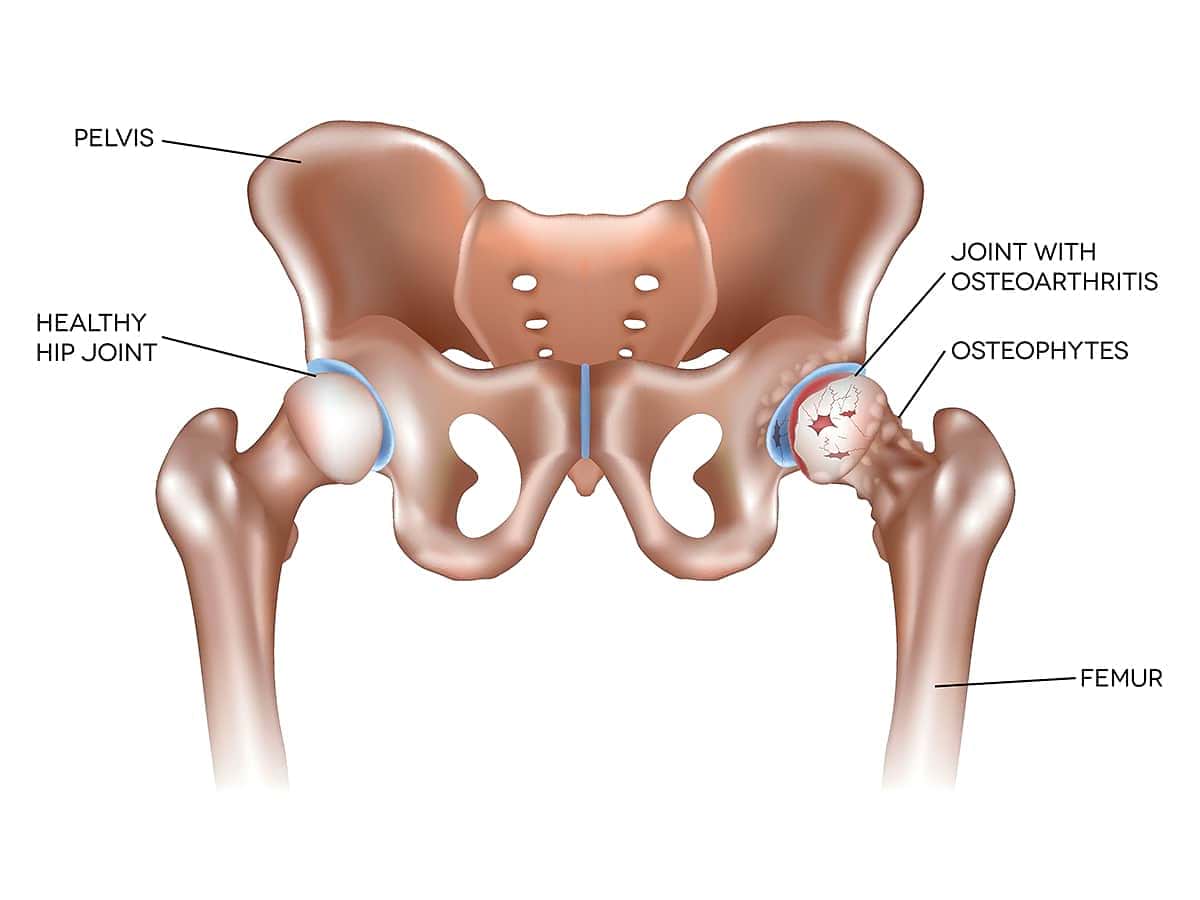 The condition primarily affects older people, but younger people can be affected, especially where there has been some injury to the hip, either from trauma of some description or repetitive heavy pressure placed on the hips over time.

The exact reason as to why arthritis develops in the hips is not fully understood, however certain factors are known to increase the risk of developing the condition. These risk factors are;

In some cases of hip arthritis, symptoms initially present as problems with the knees.

Diagnosis of hip arthritis generally involves an initial physical examination, during which the range of motion of the hip joint(s) will be assessed as well as how the patient walks.