The knee joint is effectively a 'hinge' joint which also allows a degree of rotation, where the femur (the thigh bone) is connected to the tibia (the shinbone). Two bony protrusions (called the 'femoral condyles') at the end of the femur sit on top of the flat surface on the upper end of the tibia called the 'tibial plateau'.

A vertical groove between these two condyles at the front of the lower femur allows the kneecap (the 'patella') to move up and down in front of the joint and protect it from damage.

Cartilage called 'articular cartilage' sits between the femoral condyles and the tibial plateau and allows the joint to move smoothly, as well as a set of 'shock absorbers' for the knee joint called the 'menisci', which are fibrocartilage components (each one is called a ‘meniscus’). The whole joint is surrounded by a joint 'capsule' which contains fluid called synovial fluid. 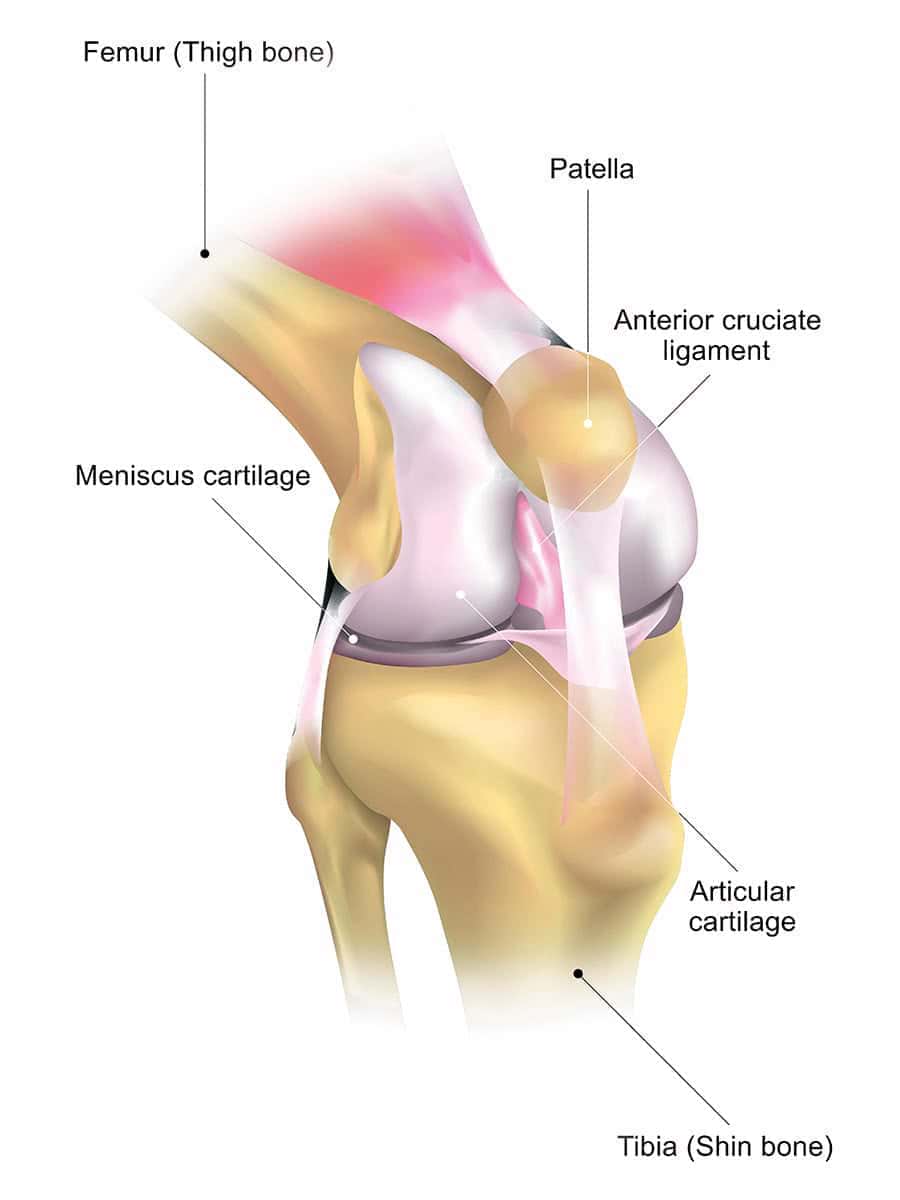 Three of the most common conditions that can affect the knee joint are:

Arthritis of the knee generally strikes later in life, however there are some forms that can affect younger people.

The meniscus (there are two in each knee) is a section of cartilage tissue that acts as shock absorber for the knee joint. A tear can develop either due to injury to, or gradual degeneration of the meniscus.

The anterior cruciate ligament (or 'ACL') in the knee joint plays an important role in maintaining stability of the knee joint, but it can become damaged, particularly when playing sport.